Home About the History of Parliament > Staff > Dr Kayleigh Milden 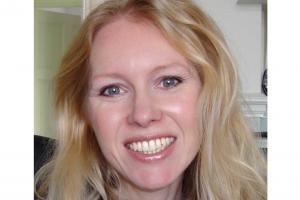 I joined the History of Parliament in October 2013, and I am the Project Co-ordinator for ‘From the Grassroots: An oral history of community politics in Devon.’ The project will build a rounded picture of Devon’s rich political heritage since 1945 as told by the participants themselves, to discover why they became involved in political activism and what impact they had on the democratic process. The new archive of oral histories that volunteers help to record will become a valuable research resource in political history. The project is supported by the Heritage Lottery Fund and will be delivering a variety of outreach events with the aim of engaging people in the political history of Devon. Highlights will include a touring exhibition, website, schools programme, and a series of workshops and talks.

I have been involved in oral history research since 2000. I have co-ordinated several heritage projects for the University of Exeter, Plymouth University, and Plymouth City Council. In 2006 I completed my Ph.D. thesis, which through oral testimony examined the political history of Methodism in the West country. I am also a Regional Networker for the Oral History Society. My current research interests include: memory and political traditions within families, and the construction of rural/urban landscape ‘narratives’ within Devon and Cornwall.

My recent major publications include:

- ‘Kinship and Borders: Identity in the Tamar Valley’, in G. Tregidga (ed.), Narratives of the Family: Kinship & Identity in Cornwall, Kresenn Kernow, (2009).

- ‘Before my time’: recreating Cornwall’s past through ancestral memory’ (with G. Tregidga), in Oral History: the Journal of the Oral History Society, Vol. 36, No. 1, (March 2008).