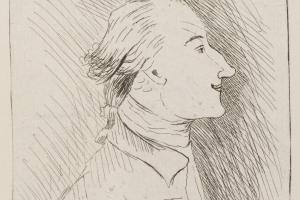 Member, board of agriculture 1798.

Lygon never faced a contest for Worcestershire and had nothing to say in debate. He supported Pitt, to whom he applied in 1786 for the revival of the barony of Beauchamp of Powick, extinct since 1503, for his father. He repeated the request for himself, 13 and 22 June 1790, 12 Aug. 1794, 23 May 1796, 8 and 27 Sept. 1797, but the replies were negative.1 He was listed as an opponent of the repeal of the Test Act in Scotland in 1791. In May 1796 he was one of only five county Members who voted for Pitt’s unpopular inheritance tax. He no longer acted with Sir John Sinclair*, except as an honorary member of the board of agriculture.2 On 10 Nov. 1796 he took six weeks’ leave of absence. He voted against the land tax redemption bill, 23 Apr., and for the resolution that there should be no fresh land tax levy without a tax on all income, 18 May 1798.

Lygon transferred his support to Addington in 1801, writing him an enthusiastic letter on the achievement of peace, 4 Oct.3 He was, however, in the minority favouring inquiry into the Prince of Wales’s financial claims, 31 Mar. 1802. On 9 Mar. 1803 he took a month’s sick leave. He was listed ‘Addington etc.’ in May 1804 and, after joining the opposition to Pitt’s additional force bill in June, ‘doubtful Pitt’ in September. In January 1805 he wrote to congratulate Addington on his peerage.4 No further votes of his appear and he was still ‘doubtful Pitt’ in July 1805. In April there had been reports of a peerage for him and he obtained it through Lord Coventry’s application to the King on 3 Feb. 1806, which suggested that he would be succeeded by a ‘constant attendant’ in support of government if his son replaced him as county Member—which he did, after a contest.5