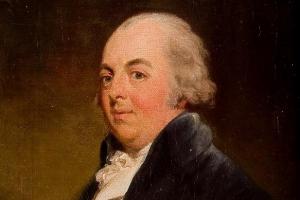 Honywood, who had joined the Whig Club on 8 Nov. 1784, survived another contest for Kent in 1790. He had inherited a better interest in Essex, where he was instrumental in facilitating the compromise between John Strutt† and Charles Callis Western* at Maldon at the same election.2 In the House he acted with Fox, when present. He was absent or paired on Pitt’s Russian policy, 12 Apr. 1791, but voted against it on 1 Mar. 1792. He was listed favourable to repeal of the Test Act in Scotland in April 1791. On 17 May 1792 he tried in vain to delay the Ramsgate harbour bill. In December his name was queried on a list of Portland Whigs. He voted, as previously, for parliamentary reform, 7 May 1793.

On 21 Jan. and 18 Feb. 1794 he supported Fox’s amendment to the address in favour of peace and his motion for better convoy protection for the merchant navy. He was prepared to support home defence arrangements, 26 Mar., and thought that the county meetings to that end would remove constitutional difficulties about voluntary subscriptions for defence; but to prevent the appearance of disagreement with Fox’s friends he five days later explained himself: he was prepared to support Pitt’s volunteer regulation bill, but not the raising of men by government decree without parliamentary authorization. Next day, too, he justified some critical remarks he had made on 26 Mar. about the opening of postal correspondence by Kent magistrates hunting for evidence of sedition, which he thought unwarranted in a loyal county. He voted for a peace bid, 30 May 1794 and 29 Oct. 1795. On 20 Nov. 1795 he presented the Rochester petition against the King’s safety and seditious meetings bills and on 23 Nov. the Canterbury one, emphasizing that both were respectably signed: ‘If you pen up the humours of the body politic, God knows how soon it may gush out; and, whenever it does, great will be the deluge occasioned thereby’. He called on ministers to restore peace and regain the affections of the people. On 27 Nov. he presented another such petition from Hythe. He voted for peace negotiation, 15 Feb., and a few days later presented, at the levee, the Kent petition for peace signed by 15,339 persons.3 He further voted for Grey’s motion querying the ability of the national finances to support the war, 10 Mar. 1796. He seconded Whitbread’s efforts to secure a minimum wage for labourers, 25 Nov. 1795, 12 Feb. 1796, and deplored the bad quality of the bread available to the poor unless they were given further relief, 29 Feb. 1796.

Honywood, who could ill afford a further contest for the county, was narrowly defeated in 1796. The state of his health limited his personal efforts; in view of his financial sacrifices, Fox encouraged a subscription to cover his petition, which failed. He took his leave of the county, 6 May 1797, wishing only to live to see ‘our violated constitution’ restored.4 In 1802 he was pressed to offer again. He did not get the ministerial blessing, though he wrote of Addington as a friend ‘to whose measures as minister I most sincerely think the country owes its prospect of security and happiness’;5 but he was successful. No vote or speech is known in his last Parliament, but he was listed Foxite and ‘Opposition’ during Pitt’s second ministry and published a letter in support of the censure of Melville. He supported the Grenville ministry, thanking the premier on 28 Sept. 1806 for ‘so many instances of your friendly attention’ and advising him to fix on ‘proper candidates’ in their ‘proper places’ in time for the dissolution.6 He finally retired when it took place, successfully recommending his nephew and heir to replace him.7 He died 2 June 1809.