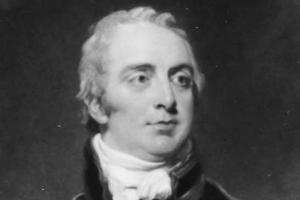 Sotheron (as he was then known) was wounded on active service in 1796 and obtained a pension of £300, but continued a bustling naval career. In 1802 he escorted Prince William of Gloucester to Copenhagen.1 After succeeding to the family estates he took the name of Frank and became interested in a seat in Parliament; though a relative stranger there, he aspired to one for Nottinghamshire. His wishes coincided with those of the 4th Duke of Newcastle to return a Member in 1812, and although they agreed to make way then for the 4th Duke of Portland’s brother, it was understood that if he demurred, Frank was to come forward with Newcastle’s support. On this condition, Frank made an encouraging private canvass. His patience was rewarded when Portland’s brother, detained all the time in Sicily, resigned his seat in 1814. Frank replaced him unopposed ‘and thus was presented the novel spectacle of a county represented in the senate by two naval officers’.2

A silent Member in this period, Frank was evidently well disposed to the Liverpool ministry. He voted with them on the civil list, 14 Apr. 1815, and in their minority for the Duke of Cumberland’s establishment bill, 3 July; but he bowed to the public pressure for retrenchment. On 19 June 1815 he opposed the increase in salary of the Irish master of the rolls. He voted against the army estimates, 6, 8 and 11 Mar., against the continuation of the property tax, 18 Mar., and against Admiralty salaries, 20 Mar. 1816. On 22 Mar. he took three weeks’ leave. He voted for general retrenchment, 25 Apr. He still clung to ministers on civil list questions, 6 and 24 May. His ambiguous conduct reached a crisis in June when he voted with opposition on the public revenue bill on 14 June, was shut out on the ministerial side on 17 June and rejoined opposition on 20 June. Soon afterwards he impressed on the Home secretary the degree of popular discontent in Nottinghamshire. Further, after voting with ministers on the composition of the finance committee, 7 Feb. 1817, he voted against them on Admiralty retrenchment, 25 Feb. A member of the secret committee that session, he supported the suspension of habeas corpus and its operation, 23 June 1817, 10, 11 Feb. and 5 Mar. 1818. Invited to Fife House to hear the government case on the ducal marriage grants, 13 Apr., he voted with them on 15 Apr. He was on a ministerial dinner list that session.3

Only four votes of Sotheron’s (as he now again styled himself) survive from the Parliament of 1818. The first, on the Duke of York’s equerries under the Windsor establishment bill, reported in the Morning Chronicle, 11 Feb. 1819, contributed to the defeat of the government in committee. He was also one of the lobby of midland Members who opposed the imposition of duties on inland coal that month.4 He voted with ministers on the conduct of Wyndham Quin*, 29 Mar., paired with them in favour of the salt duties, 29 Apr., and voted with them against Tierney’s censure motion, 18 May, and for the foreign enlistment bill, 10 June 1819. His opposition to reform in 1831 was to cost him his seat. He died 7 Feb. 1839.