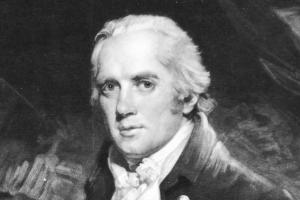 Thornton was apprenticed to a merchant in 1778, became in 1783 a partner in his father’s business, and in 1784 a partner in the bank of Downe, Thornton and Free of Bartholomew Lane, London. He was a large contributor to Government loans.1

In June 1782 he declined to stand for Hull, because he objected to the practice of giving money to the electors. He maintained this attitude at Southwark in September, yet was successful against a Wilkite candidate. Though classed as a supporter of Shelburne’s Administration, he did not vote in the division on the peace preliminaries, 18 Feb. 1783. He voted for parliamentary reform, 7 May 1783, against Fox’s East India bill, 27 Nov. 1783, and supported Pitt’s Administration. In 1784 he was returned unopposed. He spoke occasionally in the House on financial or commercial business.

Southwark was a constituency accustomed to instruct its Members how they should vote on specific measures. On 4 Dec. 1783 Thornton spoke against the Coalition’s receipts tax. Although instructed to oppose the measure, he did it of his own free will and honest opinion. ‘He did not think himself in every case at the disposal of his constituents, or that to constitute a free Parliament the individuals of which it is composed ought first to become slaves.’ And on 23 May 1784, against the instructions of his constituents, he supported Pitt’s shop tax. But the clamour against him in Southwark was so great that he was compelled to recant and vote against the measure. ‘The manner in which he had then conducted himself’, he said in the House on 2 Mar. 1786, ‘had been misrepresented to his constituents, and had drawn down upon him a degree of unpopularity greater perhaps than had ever fallen upon a representative of any place before.’2 Despite this he held his seat for Southwark, no easy constituency, for over 32 years.