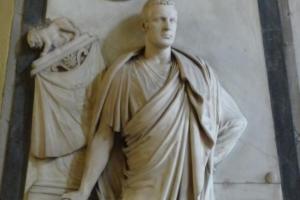 Early in 1768 a compromise was concluded at Morpeth between the Carlisle interest and Francis Eyre, but shortly before the election ‘a great number of the freemen ... grew very dissatisfied’ at things being settled by secret management, and applied to Sir Matthew White Ridley, ‘a young gentleman of excellent character and great fortune in the neighbourhood of Morpeth, whom they earnestly sollicited to offer himself a third candidate’.1 He was returned, and retained his seat on petition. On his father retiring from Parliament, Ridley replaced him at Newcastle-upon-Tyne, and after contested elections in 1774 and 1780 continued to be returned unopposed till he retired in 1812.

In Parliament Ridley, like his father, was essentially independent. He voted with Opposition over Wilkes and the Middlesex election. But on 15 Mar. 1770 he spoke against the London remonstrance to the King.2

I have seen the common people of this kingdom blown up by somebody to such a height, that one step further endangers the constitution. They have been led from one degree of folly to another: this last requires the most serious attention of Parliament. The next step must make every man who has any regard for this country shudder to think of.

Even so he opposed any severe proceedings over it.3

Cavendish’s report of Ridley’s speech on Brass Crosby’s case, 25 Mar. 1771, is incomplete, and it is not clear on which side he spoke—possibly his via media attitude added to the difficulty of reporting. He spoke and voted against the royal marriage bill; and voted with Opposition on the Grenville Act. Robinson, at the end of the session, listed him as ‘doubtful’.

On 23 Oct. 1775, immediately before the opening of the session, Ridley refused to present a petition from Newcastle to the King against the American war, signed by 1,210 burgesses, and presented one supporting the Government’s policy though signed by only 169 persons.4 But Walpole writes on 27 Oct.: ‘Sir Matthew Ridley, a country gentleman, always with Administration, owned he began to fear the expense of the war.’5 He said that day that

he had gone along with the minister during the last session of Parliament upon the supposition that his information regarding America was authentic and to be depended upon; but now that he found it was otherwise, he went away last night without giving any vote, a conduct he wished to avoid, and therefore he called upon the minister to lay sufficient information before the House that gentlemen might know the ground upon which they were to proceed.6

In the next division list on America, 2 Feb. 1778, he voted with Opposition; similarly over the civil list debts, 16 Apr. 1777, and the contractors bill, 12 Feb. 1779; and, barring the thinly attended censure motion against the Admiralty, 8 Mar. 1779, his name appears in each of the other six minority lists, March 1779-April 1780. In the debate on the Crewe bill for disfranchising revenue officers, 13 Apr. 1780, he said, however, that ‘he was one of the 233 majority [on Dunning’s motion], but he did not hold himself bound by his vote of Thursday last to vote for the present bill, or any other which he should not approve’.

Robinson wrote in his electoral survey of July 1780: ‘It will be endeavoured by the Duke of Northumberland to bring Sir M. Ridley to an explanation as to his principles before fully supported.’ Nothing is known about what passed between them, but on 25 Sept., after Ridley had been re-elected, his brother Nicholas wrote to Richard Ridley: ‘Sir M. and Lady R. go today to Alnwick to pay their compliments to the Duke, to whom by the by he is very little obliged for assistance.’7

In the new Parliament Ridley voted against the Government in each of the five crucial divisions, February-March 1782, but did not speak in any of the major political debates. He voted against Shelburne’s peace preliminaries; was absent from the divisions on Fox’s East India bill; and remarked on 20 Feb. 1784 ‘that he had not attended his duty in that House so soon as he wished and ought to have done, private domestic concerns having detained him in the country’. He now came out strongly against Pitt, though on 9 Mar. he admitted that opinion was turning against the majority in the House—

defeated by those who ought to be its natural supporters and defenders—the people ... No wonder that with such auxiliaries prerogative should triumph over the privileges of the Commons ... A misguided people had been taught to desert their natural guardians, and fly for protection to the Crown ... For his own part, he felt the degradation of the Commons so sensibly ... that he was resolved to withdraw himself from his attendance in a House, which had been sacrificed by its constituents to the prerogative of the Crown.8

Returned unopposed in 1784, he voted with the Opposition. But again his interventions in debate dealt with practical points, and especially with measures affecting the interests of his constituents, rather than with wider questions of policy. On 18 June 1784, ‘instructed to do so’, he supported the repeal of a tax imposed by the Coalition Government; on 30 June he opposed a coal duty which would be burdensome to ‘many of his constituents’; ‘empowered by his constituents’ he opposed at every stage the coal shipping regulation bill introduced by Mulgrave in the interests of Whitby coal buyers; and on 30 Apr. 1787 opposed a bill analogous to that his father had introduced on 25 Feb. 1763, debarring from voting freemen who had not been admitted 12 months before the election, as many Newcastle voters went to sea and might have been unavoidably absent. Even when he spoke on wider issues—Warren Hastings, the Government of Canada, or compensation for the American loyalists—it was invariably as administrator, and not as an orator or theoretician.9