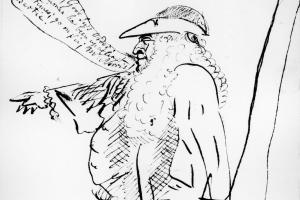 ‘The chief characteristics attaching to the office of Speaker in the House of Commons’, writes Erskine May, ‘are authority and impartiality.’ Arthur Onslow foreshadowed the modern conception of the Speaker’s role, and set new standards for impartiality and independence.

He has never yet, [wrote Lord Hardwicke on 20 Aug. 1760] at least during this Administration, and I believe never will, take sides in the factions and divisions at court, and create trouble and difficulty that way, which a man may easily do who will make use of the influence of the Chair for that purpose.1

He rose at last [wrote Walpole2] and closed his public life in the most becoming manner; neither overacting modesty, nor checking the tender sensibility which he necessarily felt at quitting the darling occupation of his life. His thanks to the House for their patient sufferance of his errors, and for their gracious acceptance of his endeavours to serve them, were shortly, but cogently, expressed ... He was going, he said, into the most close and obscure retreat, where he should want little; and he concluded with a pathetic prayer for the perpetuity of the Constitution.