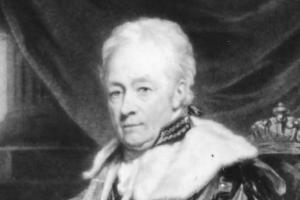 William Harcourt was returned for Oxford after a contest in 1768. In 1769 he voted with Administration over Wilkes and the Middlesex election; was classed by Robinson as ‘pro, present’ on the royal marriage bill; and his only other recorded vote was for the naval captains’ petition (he was classed, however, as a friend to Government). There is no record of his having spoken in the House, and he seems to have shown little interest in politics. His father wrote about him from Paris to Charles Jenkinson, 24 Jan. 1770:

If the colonel was not a lazy fellow he would send me some accounts of what is passing. But so great is his aversion to writing that without an absolute necessity he never sets pen to paper.

I am much obliged to you for apprizing me of Mr. Harcourt Powell’s intention to offer his seat in Parliament to the colonel, who is less anxious about it than I am. Till I know what consideration he may expect for what he offers to give up, it is no easy matter to foresee the turn that this affair may take.

Possibly Powell asked too much; at any rate nothing came of this plan.1

William Harcourt served in America 1776-7, and won great éclat by capturing the American general Charles Lee. In later years he lived near Windsor, and in 1787 Pitt suggested him to the King as a possible candidate for New Windsor.2 But a dispute Harcourt had had with the corporation made him unsuitable, and the idea was dropped.