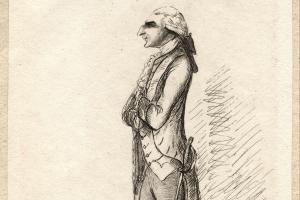 Lord Euston was returned almost at the same time for Boroughbridge and Bury St. Edmunds, and chose to sit for the family borough. His career in the Commons was too short for him to make any mark. His only known vote was with Pitt on the Minorca inquiry.1

The most important years of his political career were from 1765 to 1770, when he was secretary of state under Rockingham and first lord of the Treasury in the Chatham Administration. Immature, sensitive, and uncertain, he feared responsibility and lacked authority; as first minister after Chatham’s resignation he held a post for which he was totally unsuited, and his Administration was a disgrace to himself and a disaster for the nation.

In his old age he composed an autobiography, parts of which, based on contemporary correspondence and memoranda, are of great value.