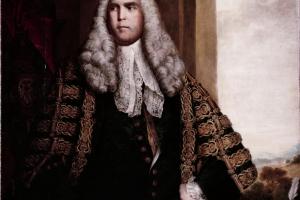 Cust’s elections at Grantham were all unopposed. His closest friends at Leicester House were Lord Egmont, Henry Bathurst, and Sir Edmund Thomas. After the Prince’s death Cust joined the Pelhams, and in 1754 was listed by Dupplin as a Government supporter. But towards the end of 1755 he followed Pitt and Leicester House into opposition, and on 13 Nov. voted against the Address. Resenting, however (as did Egmont and George Lee), Bute’s ascendancy at Leicester House, he resigned his appointment in 1756, and when in November 1756 Pitt came in ‘upon his own terms’—‘I don’t find’, wrote Cust to his mother, ‘that he is at all acceptable to the generality of mankind.’1 On 17 Mar. 1760 his brother Peregrine Cust wrote to him, then with the militia:2

From what I learn there is a very strong opposition forming against Pitt and I am sorry you are out of the way. I think your presence at this time might be material and I would advise you to come up if possible directly. It seems your friend Lord Egmont has been often inquiring for you.

Conscientious but diffident, Cust did not carry much weight in the House: Newcastle included him in a rather indiscriminate list of 77 ‘speakers or efficient men’ dated 30 May 1757;3 Horace Walpole omitted him from a list of 28 front-rank speakers in that Parliament.4 In January 1760 Cust thought of standing for the county at the next general election, and was scolded by his younger brothers for not taking ‘the first requisite and necessary step.’ Thus Peregrine in an undated letter:

I am much obliged to you for being so open as to acknowledge it was the palpitation that prevented you from going to Ld. Scarbrough which I apprehended was the case and not the want of opportunity, all I can say in answer is I shall be sorry if you can’t get the better of it when you return ... the worst that can happen is being blanched ... in short I think there is nothing in such a visit; but if you can’t manage it you must let it alone and leave the county to chance.

And similarly Francis (who would have succeeded John at Grantham) on 17 Jan: ‘... a visit to Ld. Scarbrough does not appear to me to be the object of palpitation: especially as his Lordship is no great clerk in election matters, and his circumstances are so considerably affected by the election for the city which must engage his attention more than the county.’ As for John not being able to leave his regiment of militia—‘you seem to have changed places with your boy and to be more bound by the rules of a school than he is.’ In the end Cust proved not to have ‘resolution to go through with it’.5

Even in the new reign not much notice was at first taken of Cust—he had incurred the displeasure of the Princess of Wales by resigning his post in her Household when this came under the control of Bute. The affair of the Speakership was managed for him by his brothers. Francis wrote on 8 Oct. 1761: ‘I think it must be matter of speculation who is to be Speaker—why not you?’ On the 13th Peregrine called on Richard Glover, an old associate of Cust’s at Leicester House: ‘I ... have had much conversation with him upon the subject of your being Speaker; he appears to approve it.’ And on 14 Oct.:

Mr. Glover has to-day put the business of Speaker into a proper tract, before this time Ld. Bute is acquainted with it, and to-morrow Mr. Glover is to be with him ... Mr. Glover has behaved very friendly upon the occasion but I still fear Ld. Bute and the Princess won’t forget your resignation.

Still, Peregrine pursued the matter with Glover, and through him with George Grenville. ‘I desire you will immediately wait upon Mr. Grenville, if possibly on Wednesday morning’, wrote Glover to John Cust from Grenville’s house on Monday night, 19 Oct.6 The next day Newcastle wrote to the Duke of Bedford: ‘They have ... determined to have Sir J. Cust, I doubt not a very bright one, but a sort of a plodding orderly man.’7 And the same day to John White: ‘He is not of my recommendation; and consequently I am not answerable for his fitness for his office.’8 And Horace Walpole, always severe on him, wrote in 1766: ‘Cust ... had nothing but industry; he was indeed a very poor creature.’9 Besides an unblemished character, a friendly nature, and long service and regular attendance at the House, it was perhaps Cust’s nondescript political record which recommended him for the post: the choice aroused no strong feelings anywhere, and his qualifications might have proved sufficient in normal times. But it fell to Cust to preside over the debates on Wilkes, 1763-4 and 1768-9, and other turbulent and very long sittings; and neither his firmness nor his health was equal to the task and strain. In 1766 and 1767, he himself wished to relinquish the Speakership for a peerage, and ignorant of the position at court, tried to approach the King through Bute and Egmont. ‘I can only repeat’, replied Bute on 28 June 1767, ‘what I had the honour of expressing to you last year, my situation has given me no opportunity of learning ought that might be of service.’ And Egmont, on 1 Sept: ‘As I now stand circumstanced I can learn nothing, and therefore advise nothing.’ When Cust applied through Grafton, he was told that ‘from the present state of affairs the King’s servants could not advise his Majesty to create any new peers’.10

Before the general election of 1768 difficulties arose at Grantham: John Calcraft, son of its late town clerk and closely connected with the Rutland family, tried to build up an interest of his own in the borough; difficulties also arose in selecting the Rutland candidate; but in the end Granby and Brownlow Cust walked the town together on 25 Jan. 1768, and Lord George Manners Sutton and John Cust were returned unopposed. Even so the joint expenses amounted to nearly £1,200.11

Soon after the House had met in January 1770, John Cust suffered a paralytic stroke, resigned his post on the 19th, and died on the 24th. Walpole wrote about him as Speaker: ‘His want of parts and spirit had been very prejudicial. He had no authority; and by his sufferance of Barre’s, Burke’s, and Savile’s insults, which he ought to have checked, had endangered the country itself.’12 Barring the flourish at the end, the verdict is borne out by Henry Cavendish’s objective reports of the Parliament of 1768-74; Cust is seen instructing Members on precedents and rules of procedure, but seldom intervening to restore order; which his successor Norton, a less attractive character, did frequently and effectively.