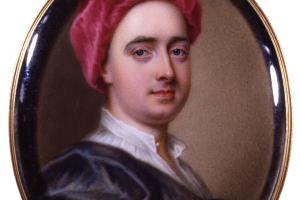 When Thomas Winnington died Horace Walpole described him as ‘one of the first men in England, from his parts and from his employment’ who had ‘left nobody equal to him, as before nobody was superior to him except my father’. In 1752 he wrote of Winnington in his memoirs:

His jolly way of laughing at his own want of principles had revolted all the graver sort ... He had infinitely more wit than any man I ever knew, and it was as ready and quick as it was constant and unmeditated. His style was a little brutal; his courage not at all so; his good-humour inexhaustible: it was impossible to hate or to trust him.

His final estimate about 1759 was:

Winnington had unluckily lived when all virtue had been set to notorious sale, and in ridicule of false pretences had affected an honesty in avowing whatever was dishonourable.1

Winnington was brought up as a Tory.

His father still living [wrote Thomas Carte, the Jacobite historian, in 1734], and his eldest brother now dead I know perfectly well, they were both very honest men [i.e. Jacobites]. This who is now the eldest son and heir to a very noble estate besides a good one in possession2 was bred up in the same sentiments.3

Succeeding his uncle Edward Jefferies at Droitwich, where his family controlled one seat, he quickly made his reputation as a rising member of the Opposition. But on 31 Jan. 1729, ten days after speaking on the Address against the Administration, in a debate on the army,

Mr. Winnington, a Tory, and one I never knew on the Ministry’s side before, said the point before us was whether to continue the same number of troops as the year before, therefore he would not go back to consider how we came into the present bad situation. That he thought the best method to get out of it was to show vigour and not disband forces at a time when all other nations augment theirs. His speech was premeditated and long.

Shortly after this volte-face he showed the thoroughness of his defection by discharging his duties as chairman of a committee of the whole House with such pro-government bias that most of the opposition Members walked out. ‘That young dog,’ Sir John Hynde Cotton exclaimed to Walpole, ‘promised that he would always stand by us’.4

By the next session Winnington had become one of the leading government spokesmen. He spoke fifth for the Government in the full-dress debate of 4 Feb. 1730 on the Hessians; on 16 Feb. he was one of the five chief government speakers who were ‘violently against’ an opposition bill for excluding pensioners from the House of Commons; in the Dunkirk debate on 27 Feb. he figured in a ministerial manoeuvre to side-track the opposition motion; and on 18 Mar. he was entrusted with a motion closing the elections committee prematurely in order to prevent it from hearing a petition against a government supporter. At the end of the session he was made a lord of the Admiralty, a position for which he had no obvious qualifications. When in 1731, on a fresh opposition pensions bill, he called Pulteney to order for talking about places, observing that ‘he never knew before that places were pensions’, Pulteney raised ‘a prodigious laugh’ at Winnington’s expense by retorting that ‘if a person enjoys an office he knows nothing of, he looked on that office to be no more than a pension’. In 1732 he introduced a bill for assisting the sugar colonies, which led to the Molasses Act of 1733; in the debate on the city of London’s petition against the excise bill, ‘in which the great speakers on both sides appeared’, he spoke first for the Government; and generally, he was, ‘from his party-knowledge and application, of infinite use to Sir Robert Walpole in the House of Commons’.5

In the next Parliament Winnington and his friends, Hanbury Williams and the two Fox brothers, combined under Hervey to push their claims to promotion. In 1735 Hervey strongly pressed Walpole to appoint Winnington to a vacancy on the Treasury board but was told, ‘you know I am the only friend (yourself excepted) he has in the Court, and that both the King and Queen have great prejudices against him’. When Winnington showed his resentment at being passed over by ‘voting in public with Sir Robert and talking in private against him’, Hervey ‘insisted on his making the option of either quitting his employment ... or ... being thoroughly reconciled. He advised the last, and his advice was followed’.6 Promoted to the Treasury next year, Winnington helped Walpole to defeat Sir John Barnard’s scheme for reducing the interest on the national debt in 1737, answered Pulteney extremely well on the Spanish convention in 1739, and secured another step in 1741, when he succeeded old Horace Walpole as cofferer of the Household.

At the general election of 1741 Winnington was returned for Worcester as well as Droitwich, choosing to sit for Worcester. In the new Parliament he, Pelham, and Yonge, Walpole’s chief assistants in the Commons, stood by their leader, ably defending him in the great debate of 21 Jan. on Pulteney’s motion for a committee of inquiry into the Administration. On 19 Feb., after Walpole’s resignation, they showed

that the old courtiers and their party in the House of Commons were resolved to stick together and keep up their strength: for in the committee that sat ... till one o’clock in the morning, upon the Colchester election, Hen. Pelham, Sir Will. Yonge, Mr. Winnington, etc. battled it in favour of the sitting members, who were Sir Robert Walpole’s friends.

On 2 Mar., supporting Pelham in opposing a motion indicting the late Government for failing to protect shipping, Winnington himself was personally attacked as one of the ‘guilty’ men. Though politically loyal to Walpole, he was persuaded by his mistress, Lady Townshend, not to visit him after his fall, thus offending ‘the steady Old Whigs’.7

Along with Pelham and Yonge, Winnington retained his post under the new Administration, whose policy he defended on the Address at the opening of the next session, and again in the debate of 10 Dec. 1742 on the Hanoverians. On Pelham’s appointment to be head of the Treasury in August 1743, Walpole, now Lord Orford, wrote to him that ‘Winnington must be had in the way that he can, or will be had’. Succeeding to Pelham’s former post of paymaster general, he was re-elected for Worcester, in spite of a letter from the local corporation denouncing his political conduct.8

During the struggle between Granville and the Pelhams George II relied on Winnington to replace Pelham as leader of the House of Commons. In September 1745 he suggested Winnington for the post of secretary of state in a new government excluding the Pelhams: in November Newcastle referred to Winnington as one of George II’s ‘confidants’: in the controversy over the raising of new regiments against the rebels he voted against the Government at the King’s instigation or at least with his open approval; and the attempt to form a Bath-Granville ministry at the beginning of 1746 was based on George II’s belief that Winnington would consent to undertake the management of the House of Commons. But Winnington, ‘though far from being a friend to Mr. Pelham, and wishing well to Lord Granville, yet understood his own interest too well’ to accept. Warning George II that ‘the new ministry could neither support him nor themselves, and that they could not depend upon more than thirty-one lords and eighty commoners,’ he declared his intention of resigning with the rest of the Government; and was ultimately commissioned by the King, ‘as the only honest man about him’, to invite Pelham and his colleagues to return to their posts.

Winnington did not long survive his return to office. His death, Horace Walpole writes, was ‘a cruel tragedy’. ‘Not quite fifty, extremely temperate and regular, and of a constitution remarkably strong, hale and healthy’, he contracted rheumatic fever and put himself in the hands of a quack, who bled and purged him to death in a few days.9 He died 23 Apr. 1746 at the height of his powers and reputation.