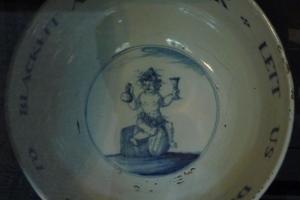 A large independent trading town, Newcastle always returned members of local merchant families, such as the Blacketts, who held one seat in every Parliament from 1673 to 1777, except in 1705-10, when the head of the family was a minor. From 1715 until 1747 every election was contested, Tories winning both seats, except in 1722, when William Carr, a Whig, was returned with Sir William Blackett. Defeated in 1727 by Blackett and another Tory, Nicholas Fenwick, Carr petitioned on the ground of the partiality of the returning officer. His petition was heard at the bar of the House on 26 Mar. 1729, by which time Blackett was dead. No counsel appearing to answer Carr’s objections to Blackett’s election, the House declared him not to have been duly elected and awarded the seat to Carr.1 In 1747, owing to the heavy cost of the previous contests, the representation was compromised between Sir Walter Blackett, Tory, and Matthew Ridley, Whig, who shared it till 1774.