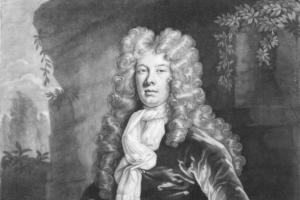 Sydenham came of a well-established Somerset family distinguished with a baronetcy earlier in the century. His father had represented the county under Charles II as a Whig, but had lost his seat as a result of his underhand manoeuvrings in the 1690 election. Sydenham himself was a keen scholar and bibliophile, and was on particularly good terms with Thomas Hearne of Oxford. At the first election of 1701 he was returned at Ilchester by his kinsman Lord (later Earl) Poulett, having disowned his family’s previous Whiggish politics. With the approach of the second election in December 1701 he was prevailed upon to stand for the county and was returned unopposed. He soon showed his Tory mettle by voting on 26 Feb. 1702 in favour of the motion vindicating the Commons’ proceedings over the impeachments of William III’s Whig ministers. Despite retaining his seat at the 1702 election, he left no trace upon the proceedings of the House apart from a grant of three weeks’ leave on 27 Jan. 1704.2

Sydenham refrained from seeking re-election in 1705, preferring to devote himself to scholarly pursuits. He lavished little care upon his estates originally worth £4,000 p.a. and allowed himself to run into increasing debt. Despite quarrelling grievously in 1714 with his chaplain, Hearne reassured him that ‘your piety and virtue and generosity, as well as your great concern for the promotion of learning have gained you a particular esteem among all good and learned men’. Many years later the chaplain, Dr William Baker, described Sydenham to Hearne as ‘an unhappy man’. Forced at this time to sell Hackness Abbey in Yorkshire, Sydenham told Hearne it had been a constant burden and ‘that if ever God should bless me with riches, I would never purchase church lands for [fear] of the curse and wrath of God on all the possessors of sacrilege and robbers of his inheritance’. In 1723–4 he sold his main seat at Brympton to a kinsman, Humphrey Sydenham, who allowed him to continue living there. That he remained an inveterate Tory, however, is demonstrated in a letter to Hearne of 1727 in which he expressed the hope that Hearne was progressing with publication of ‘our old historians by which their principles may be established against the virulent and unjust calumnies of dissolute and Whiggish libertines and deists’. Soon afterwards, however, the two men lost touch as Sydenham, having sold his treasured library, began to lead a roving existence. In 1735 Hearne heard that he was ‘still living but in mean circumstances, and in a very retired condition, in some small village in Hertfordshire’. He died of ‘an asthma’ at the Swan with Two Necks, a coaching inn at Lad Lane, London, on 10 Oct. 1739, aged 63, and his baronetcy became extinct. He was buried at Barnes, Surrey.3