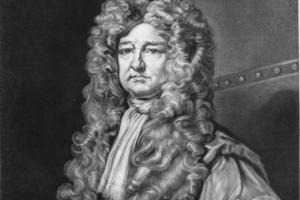 At the general election of 1661 the dominance of Golden Grove in Carmarthenshire was so absolute that Vaughan and his elder brother took both seats. An inactive Member of the Cavalier Parliament, he was named to only 30 committees, including those concerned with the shortfall of revenue and the execution of those under attainder in 1661. As a young man, Vaughan had Quaker leanings, and was arrested at a meeting at Mile End Green in 1664. A man of some culture, he wrote verses, patronized the arts, and interested himself in mathematics, science, and navigation. But he was also ‘one of the lewdest fellows of the age’, who, according to Samuel Pepys, ‘was heard to swear ... he would do my Lord Clarendon’s business’, and the lord chancellor himself referred to him as ‘a person of as ill a face as fame, his looks and his manners both extreme bad’. He achieved prominence in the Commons only in the few months immediately after the fall of Clarendon, when he was named to the committees to examine restraints on juries, to report on the proceedings of Lord Mordaunt’s impeachment, to reduce into heads the accusations against Clarendon and to draw up reasons for a conference. In the debates he seconded Sir Robert Howard in offering to prove that Clarendon had advised the King to dissolve Parliament and rule arbitrarily with a standing army. When the attack on the lord chancellor was on the point of collapse, Vaughan was prompted by Lisola, the Austrian ambassador, to introduce a further charge of betraying the King’s secret councils to France during the second Dutch war, and secured a large majority for his impeachment. In February 1668, Vaughan was included by Pepys among the ‘undertakers’ who favoured supply, and Sir Thomas Osborne listed him among those Members engaged for the Court by the Duke of Buckingham in 1669. He commanded an English regiment which served with the French army in 1673-4. On 6 Nov. 1673 the French embassy reported that he had been retained in England during the autumn session, as he could be useful in Parliament, and he was included on the Paston list, but he was not reported as speaking. Nevertheless he was rewarded with the post of governor of Jamaica at a salary of £1,000 p.a. After his arrival early in 1675, it was said that he ‘made haste to grow as rich as his government would let him’. He was in constant conflict with the deputy governor, the notorious adventurer Sir Henry Morgan, whose intrigues with the buccaneers threatened to endanger peace with France and Spain, which Vaughan had been instructed to preserve. He was shown as absent on the officials’ list in 1675 and by Sir Richard Wiseman in 1676. Classed as ‘thrice vile’ by Shaftesbury in 1677, he was again noted as absent in the list of court supporters of 1678, though he had been superseded as governor in April by Lord Carlisle ( Charles Howard).

Although included in the ‘unanimous club’ of court supporters, Vaughan was elected for the county to the Exclusion Parliaments, and retained the seat till he succeeded to the peerage. He was marked ‘vile’ on Shaftesbury’s list, but no committee work can be ascribed to him, and he was absent from the division on the first exclusion bill. Nevertheless, as a friend of Monmouth he was reckoned an exclusionist in 1681; but his second marriage probably brought him back to Court. In James II’s Parliament he was appointed only to the committees for the bills for the parish of St. James Piccadilly, the recovery of tithes, and the prevention of clandestine marriages, and he was listed among the opposition. He was apparently removed from local office in 1687, and accepted the Revolution. In 1690 he was included among the government supporters in the Lords. He signed the Association in 1696 and was a member of the Whig Kit-Cat Club in Anne’s reign. He died on 16 Jan. 1713 and was buried in Westminster Abbey. His daughter, who inherited an estate of £4,000 p.a., married the 3rd Duke of Bolton; but on her death without issue in 1751, Golden Grove reverted to a distant cousin, who sat for Carmarthenshire from 1745-1754.3