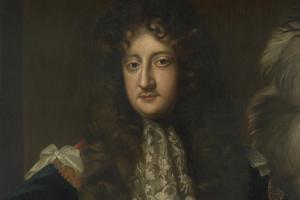 Second son of the historian and statesman the first earl of Clarendon, the exceptionally able Laurence Hyde was a key ally of his brother-in-law, and future king, James, duke of York, during the reign of Charles II. Like his father, a determined supporter of the Church of England, he could not support James’s plans for a Catholic revival. After the 1689 revolution, he became one of the leading lights of the Tory party.

Hyde was first returned for Newport in 1660 after William Morice I had chosen to sit for Plymouth. No sooner had he taken his seat than his father, the lord chancellor, recommended him as a candidate for Oxford University at the next general election. He was created MA and returned unopposed, though still under age, to the Cavalier Parliament. He was probably named to no committees before 1663, although he may have been sometimes confused in the Journals with his cousin Lawrence Hyde. He then seems to have become moderately active, sitting on perhaps 67 committees and acting as teller in eight divisions. Although a much abler man than his elder brother, and an excellent draftsman, he spoke ungracefully, and only eight speeches can be attributed to him. On succeeding Lord Mansfield (Henry Cavendish) as master of the robes in 1662, he ‘was thought the smoothest man in Court’, though easily provoked into a rage, when ‘he would swear like a cutter’. On 28 Mar. 1663 a Roman Catholic wrote that presumably Hyde and his brother had voted on opposite sides in the division over debating the Declaration of Indulgence. One of the cousins helped to consider the bill against unlawful meetings of dissenters and the charge against Sir Richard Temple, and both were appointed to the committees for the bills against pluralities and the sale of offices in the same session. Hyde was listed with his cousin as a court dependant in 1664, probably serving on the committee for the additional corporations bill, and acting as teller with Thomas Clifford against a proviso for the punishment of hearth-tax collectors. In the Oxford session he was appointed to the committee for the attainder of English officers in the Dutch service. He was among those ordered on 30 Oct. 1666 to attend the King with the resolution against French imports. When a proclamation was issued accordingly, he was teller against allowing merchants to land goods purchased before the prohibition, but he was on the opposite side to his brother on the proposal to extend favour to all who had failed to comply. He was appointed to the committee on the private bill for the illegitimization of Lady Roos’s children, which some saw as a first step to enabling the King to marry again and cut out Hyde’s nieces from the succession.4

Hyde defended his father in the impeachment proceedings in one of his rare speeches, which, ‘for its greatness and worthiness’, led Edmund Waller I to compare him to Brutus:

I shall endeavour to show myself not so much a son of the Earl of Clarendon as a Member of this House, and I assure you that, if he shall be found guilty, no man shall appear more against him than I; if not, I hope everyone will be for him as much as I. Let every man upon his conscience think what of this charge is true, for I believe that, if one article be proved, he will own himself guilty of all.

On 16 Nov. 1667 he moved that Clarendon should be brought to trial rather than ‘set the two Houses at difference’. But, according to Burnet, ‘during all the dispute concerning his father, he made his court so dexterously that no resentments appeared on that head’. After the Christmas recess he was appointed to the committees to inspect the militia laws and for the continuation of the Conventicles Act. He was named to the committees to receive information about seditious conventicles in 1669 and to suppress them in the following year. He acted as teller against hearing the report on customs fees in the outports on 26 Mar. 1670, and was appointed to the committee for union with Scotland. Unexpectedly, in the next session he spoke in favour of a tax on offices, and acted as teller against an indemnity for offences against the Conventicles Act. As a placeman, he was included in both lists of the court party in 1669-71, and was alleged in Flagellum Parliamentarium to have received £1,000 p.a. in crown lands. He took no part in the attack on the Cabal and its policies in 1673-4, but was included in the Paston list and the King’s servants in the autumn session of 1675, when he was appointed to the committee on the bill for the liberty of the subject.5

According to A Seasonable Argument, Hyde had received £20,000 in boons, and in 1676 he was sufficiently opulent to lease a town house from (Sir) Thomas Clarges and to purchase Wootton Bassett from Sir Robert Howard at the rumoured price of £36,000. He was marked ‘thrice vile’ on Shaftesbury’s list, and entered on the working lists as possessing influence over his cousin. He acted as teller against the adjournment of the debate on Irish cattle on 5 Apr. 1677, but he was frequently out of the country on diplomatic business, and was so noted on the government list of supporters in May 1678. He returned at the time of the Popish Plot, and was among those appointed to examine Coleman, to translate his letters, and to search Langhorne’s chambers. The proposal to exclude the Duke of York from the House of Lords brought Hyde to his feet, Daniel Finch, who had been a Member since 1673, noting that it was the first time he had heard him in the House:

If the bills to be prepared by the Parliament might pass into law, the chief objection that was insisted on would cease. Now (he said) we had more than ordinary assurance that they would pass without any obstruction, as was feared, and therefore desired them they would stay. That there was great discourse of French counsels, but ’twas apparent that now the Duke had no such inclinations and ’twas a great misfortune no notice should be taken of any such thing by the House when there was some colour for such an objection, and that it should be now when there is none.

Although he also acted as teller against adhering to the proposal, he was appointed one of the managers of the conference.6

Listed by the Whigs as one of the ‘unanimous club’ of Court supporters, Hyde was reckoned to stand little chance of re-election for the University. But his recent purchase had given him control at Wootton Bassett, which he fortified with a new charter, and he was returned at both elections of 1679. When the Treasury was put in commission on the fall of Danby, Hyde was appointed to the board, and distinguished himself by ‘always early plodding at the scrutiny of accounts and estimates before the other lords came’. In the first Exclusion Parliament, for which Shaftesbury marked him ‘vile’, he was appointed only to the elections committee, and his only speech was confined to a defence of his father’s record, but he voted against the bill. On his return from the autumn election he was made a privy councillor and promoted first lord. Together with Sidney Godolphin I and the 2nd Earl of Sunderland, he formed the triumvirate of ‘Chits’, so called because of their youth, who directed the Government. In the second Exclusion Parliament he brought three messages from the King, but was appointed to no committees. Despite his infirmities of temper, to which over-indulgence in wine contributed, he became one of the leading debaters for the Court, making 14 speeches. On 27 Oct. 1680 he declared himself unable to credit the informer Dangerfield, who had contradicted himself before the Council, though the House had ordered the publication of his Narrative of the Popish Plot. Following the vivacious Silius Titus in the debate on exclusion on 2 Nov., it was only with difficulty that he could make himself heard:

I am sorry to see a matter of so great importance managed in this House with so much bitterness on one hand and with so much jesting and mirth on the other. ... It is to me very unpleasant to hear a prince, that hath so well deserved of this nation by fighting our battles and so often appearing for us in war, so upbraided. ... I believe the Duke is convinced that it cannot be reasonable from him to expect to come to the crown upon such terms as if he had not given those apprehensions and jealousies. ... Does any man think that this bill will pass the Lords, and the King too? ... I cannot apprehend that our case is so desperate but that we may secure ourselves some other way without overturning foundations.

When the bill was introduced he denied the assertion of George Vernon that no good Protestant could be against it, and complained that the rights of the Duke’s children had been studiously ignored. When he pointed out that the Irish troops in the Tangier garrison had taken the oaths, and must therefore be ‘far from Popery’, the House only laughed. On the proposed address for the removal of Lord Halifax, he said: ‘I am against this summary way of justice because I do not know whose turn it may be next. If it should be my turn, I would take leave and kiss your hands.’ His resolute affirmation that he would never be ashamed of his opposition to the bill, either in Parliament or elsewhere, soon brought on him the fate that he expected. Though the Hon. William Russell in moving for his removal referred only to his relationship to the Duke, other speakers warned him that ‘if he did value the pleasure of the House, he must change his measures as to the bill of exclusion’, like Godolphin and Sunderland, to which he replied in tears that he could only follow his conscience. ‘What becomes of liberty of speech’, inquired William Cavendish, Lord Cavendish, ‘if he may be questioned for what he says here?’ But his name was added to Halifax’s without a division.7

Hyde did not stand at the general election and was raised to the peerage after the dissolution of the Oxford Parliament, which he was supposed to have advised. He was the only minister cognisant of the negotiations for the French subsidy, and in the following year he was created Earl of Rochester. Although his probity as a financier was beyond suspicion, and he was invariably kind to his family and dependants, his haughtiness and over-confidence made him vulnerable; and when Lord Halifax (Sir George Savile) was able to prove that the Treasury had been defrauded by the excise farmers, he was promoted to the sinecure office of lord president. He served on James II’s ecclesiastical commission, but contemptuously rebutted the arguments put forward for his conversion to the church of Rome. He was dismissed from central government office, though with a handsome pension. It is said that as lord lieutenant of Hertfordshire he browbeat the local gentry into compliance with the repeal of the Test Act and Penal Laws, though this charge was not brought against him after the Revolution. Although he was slighted by William of Orange when he came in at Windsor on 16 Dec. 1688, and spoke in the Lords in favour of a regency, he took the oaths to the new regime without delay; and it was agreed without a division to include him in the indemnity bill. He remained the leader of the high church party to his death, devising a formula which enabled them to sign the Association in 1696. He died on 2 May 1711 and was buried in Westminster Abbey. His son Henry, the last of the family, sat for Launceston as a Tory from 1692 until succeeding to the title.8