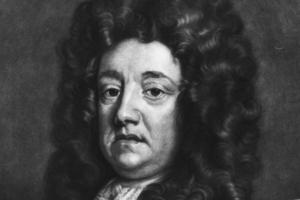 Godolphin became a page to Charles II at the age of 17, and was reckoned ‘the silentest and modestest man that was perhaps ever bred in a court’. He formed a close friendship with Sunderland, with whom he travelled to Rome in 1664. On the occurrence of a vacancy at St. Mawes in the following year he wrote: ‘I should think myself extremely happy if there could be anything done for me for love or money’. But with Joseph Tredenham and Sir Vyell Vyvyan in the field it is unlikely that his name was put to the electors. In 1668 his brother, the sitting Member for Helston, informed him of the death of his colleague, Sir Peter Killigrew. Godolphin thanked him for his ‘timely intimation of this vacant burgess-ship, which I set my heart upon extremely, and, if I can obtain it by your means, will be a very great furtherance to my pretensions here’. The family interest was exerted, ‘though for a courtier’, and Godolphin was eventually returned without a contest. At Court ‘little Sidney Godolphin was never in the way and never out of the way’, and he was no more obtrusive in the Commons. He was appointed to only eight committees in the Cavalier Parliament, including the committee of elections and privileges in four sessions, and made no recorded speeches. He was on both lists of the court party in 1669-71. A protégé of Lord Arlington (Sir Henry Bennet), he undertook several diplomatic missions at this time, escorting the Duchess of Orleans to Dover for the secret treaty against the Dutch in 1670. As a reward he was made a groom of the bedchamber and granted a pension of £500 for life. The opposition writers assumed that his duties included pimping for his master, and after his death he was credited with great skill in discovering ‘what were his prince’s inclinations, which he was very ready to comply with’. Nevertheless it was as a connoisseur of horse-flesh that he chiefly valued his own services. Burnet comments approvingly on his ‘true principles of religion and virtue’, which made ‘godly Godolphin’ the butt of the libertines at Court; but he was a compulsive gambler, which kept him always a comparatively poor man.3

Godolphin was included in the Paston list of 1673-4 and the list of officials in the House in 1675. But he was one of the ‘little things’ at Court suspected of intriguing against Danby. When Sir Robert Viner attended the Commons to give evidence against the lord treasurer, Godolphin acted as teller for according the witness (in his capacity as lord mayor of London) the comfort and dignity of a chair. In the autumn sessions he was among those ordered to bring in a bill against the suspending power. Sir Richard Wiseman noted him simply as ‘of the bedchamber’, while Shaftesbury classed him as ‘doubly vile’, and he was on both lists of the court party in 1678. After a diplomatic mission to William of Orange which kept him away from Westminster for most of the earlier sessions of 1678, he succeeded Laurence Hyde as master of the robes, with a personal allowance of £500 p.a. His wife, celebrated by Evelyn for the nobility and purity of her life in a profligate Court, died of puerperal fever in September, and he remained a widower for the rest of his life. He was appointed to two important committees in the last session of the Cavalier Parliament, those to translate Coleman’s letters and to consider the reception of foreign ambassadors at Court.4

Godolphin was returned for St. Mawes at the first general election of 1679, probably on the Vyvyan interest, and marked ‘vile’ on Shaftesbury’s list. His only committee in the first Exclusion Parliament was to inquire into abuses in the postal system, and he was absent from the division on the bill. Nevertheless, with Hyde and Sunderland, he represented such government as was possible after the fall of Danby. They were referred to scornfully as the ‘Chits’; but Godolphin now embarked at the Treasury on a third career which spanned over 30 years with only brief intervals.

He had a clear apprehension and despatched business with great method, and with so much temper that he had no personal enemies; but his silence begot a jealousy which has hung long upon him. ... His incorrupt and sincere way of managing the concerns of the Treasury created in all people a very high esteem for him.

In the autumn election his brother made way for him in the family borough, which he represented jointly with Vyvyan in the second Exclusion Parliament. Before it met, he advised the King to send the Duke of York away and not to obstruct the bill. Ormonde was told that it was rushed up to the Lords on ‘an assurance derived from the Duchess of Portsmouth, Secretary Sunderland and Mr Godolphin that it would infallibly pass, 55 votes being secured and his Majesty contrived into a passive neutrality’. After its rejection the King selected Godolphin to carry a message to the Commons expressing his determination to veto exclusion, but, like Sir Robert Carr, he declined to execute the commission, and indeed took no known part in the business of this Parliament or its successor. He failed even to make advance arrangements for his own accommodation at Oxford, and according to his younger brother Charles, who had succeeded Vyvyan as his colleague for Helston, ‘Privy Councillor Godolphin is lodged in a garret’. After the dissolution he advised William of Orange to visit England as soon as possible, writing: ‘I am satisfied there is nothing that can so infallibly restore that good understanding between the King and your Highness, which is so necessary for you both’. The Duke of York, on the other hand, wrote that ‘till Godolphin and all the rotten sheep are turned out, it will never be well’.5

Godolphin became secretary of state for a few months in 1684 on the resignation of Sir Leoline Jenkins, but returned to the Treasury as first lord and was raised to the peerage when Lord Halifax (George Savile) arranged for Hyde (now Earl of Rochester) to be ‘kicked upstairs’. On the accession of James II, Godolphin ordered that the taxes voted only for the life of his predecessor should continue to be collected. Nevertheless he lost his office to Rochester, but regained it in 1687, and was sent with Halifax and the Earl of Nottingham (Daniel Finch) to negotiate with William during the Revolution. To the fury of the Whigs he was retained at the Treasury by the new regime as ‘the most reassuring guarantee of competence’. He was implicated in Jacobite intrigues, but formed a close alliance with Princess Anne and Lord Marlborough (John Churchill II). In the judgment of the historian of the Treasury, it ‘never fully recovered the professionalism that Godolphin had tried to nurture’ before his dismissal with Marlborough in 1710. He died on 15 Sept. 1712 and was buried in Westminster Abbey. His only son Francis, who was sitting for Tregony as a Whig, succeeded to the title.6

This biography is based upon Sir Tresham Lever, Godolphin: His Life and Times, except where otherwise indicated.