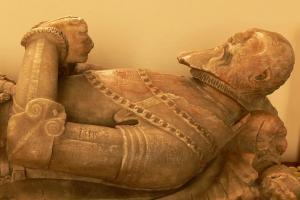 As well as Misterton, Pulteney owned lands in Warwickshire, and the manor and advowson of Shenleybury, Hertfordshire. He may also have resided for a time in London, in the parish of St. Martin-in-the-Fields. Apart from this, little is known of his career. His seat at Lichfield in 1563 was presumably due either to Paget or episcopal influence, though in neither case is the connexion obvious. On 17 Mar. that year, he was given leave of absence from Parliament. He died in 1567, and was buried at Misterton.