Knaresborough was a small town with a good market, close to York. It came under the political influence of the major families of both Lancashire and Yorkshire. It did not have an MP until the 1553 Parliament.

Before the Reformation many came to Knaresborough for pilgrimage to the ‘dropping well’. This was a spring said to flow from the grave of St Robert the Hermit. There was a friary (religious house) attached to the spring, and in 1536 its members (friars) became involved in the rebellion known as the Pilgrimage of Grace.

The rebellion began in Lincolnshire, but soon spread to Yorkshire. The leader, Robert Aske, was the younger son of a minor gentry family. He had taken on board the grievances of the Lincolnshire rebels, but when stating the aims of his rising he emphasised the religious issues. Saving the Catholic Church became the rallying cry of the rebellion. Throughout October several very important figures joined him, such as some members of the important noble family, the Percys. Aske captured Pontefract Castle. In Knaresborough, Robert Ashton, a local friar, spread news of the rebellion across Yorkshire and encouraged many to join.

The King’s forces were initially outnumbered by the rebels, and Henry VIII was forced to offer a truce. The rebels had three major demands: a general pardon for all who rebelled, a Parliament held in the North to address their grievances, and protection for the monasteries. Historians are divided about whether religion or politics was more important to the rebels, but the motivation for many ordinary people seems to have been the threat to the church.

After first seeming to agree to their demands, in 1537 Henry VIII changed his mind. Over 200 rebels lost their lives, including Robert Aske, and many of those who had titles or land lost these as well. Henry never held a Parliament in the north, and the dissolution of the monasteries continued.

In Knaresborough, the priory was dissolved in 1538, and the friar Robert Ashton fled to Scotland to escape. Historians believe that many in Yorkshire continued to hold Catholic beliefs. In the reign of the Catholic Queen Mary I, Knaresborough was given a parliamentary seat. As a small town it could not afford to pay the wages of the MP, so it was likely this was done to ensure a pro-Government and pro-Catholic MP was selected. Nevertheless, the government continued to control the seat under the Protestant Queen Elizabeth. 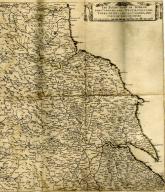 Quartermaster's map of England and Wales (1644)

Places of pilgrimage like the spring in Knaresborough were very popular. Travellers came from far and wide to pray to saints, who could cure their illnesses or help them in their lives. The church and the local communities made a lot of money from this. 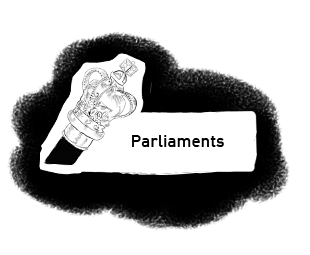 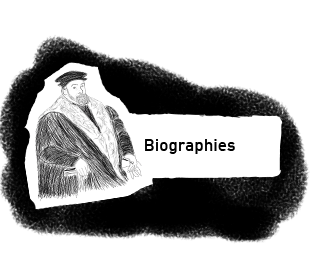 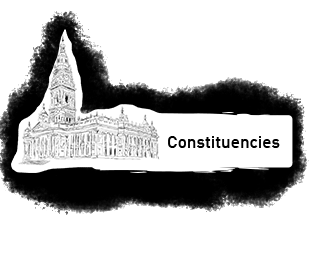 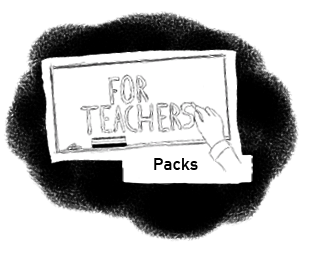