The History of Parliament Trust has been awarded a National Lottery grant of £5,300 to mark the 75th anniversary of the death of its founder, Josiah C. Wedgwood, in and around Newcastle-under-Lyme, the parliamentary constituency he served for nearly forty years. From September this year we will celebrate Wedgwood’s passionate campaigning life and his fight for liberal democracy in a world threatened by totalitarianism. The project has also received the generous support of The Remembering Eleanor Rathbone Group and UK Parliament.

Made possible by money raised by National Lottery players, ‘Commemorating Josiah C. Wedgwood’ will tour an exhibition on Wedgwood’s life and campaigns against fascism around Staffordshire. Originally displayed in the Houses of Parliament, the exhibition has been created with the support of the UK Parliament’s Curator’s Office and the Speaker’s Advisory Committee on Works of Art. It will be accompanied by talks and events exploring aspects of Wedgwood’s life, including a workshop and public event in partnership with the School of Humanities at Keele University in November. The project will also provide local schools with resources focussing on the crises of the 1930s through the eyes of an important local figure, and run a competition for local schoolchildren based on the resources.

‘Jos’ was one of the famous pottery Wedgwoods, and dedicated to the history of Staffordshire and his parliamentary constituency of Newcastle-under-Lyme. His founding of the History of Parliament project in the 1930s was inspired by his interest in Staffordshire’s history and his deep commitment to parliamentary democracy. During this period he campaigned fiercely against totalitarianism, working tirelessly to protect refugees from Nazi-occupied Europe, and attacking government policy on Fascism, Nazism and anti-Semitism alongside allies such as Eleanor Rathbone MP. 2018 is both the 75th anniversary of his death and the 80th anniversary of the Munich agreement, a perfect opportunity to remember a passionate local MP in his former constituency.

Dr Stephen Roberts, Director of the History of Parliament Trust, said ‘We are thrilled to be able to commemorate the life of our founder and share some of his most passionate campaigns with the people of his former constituency thanks to the generous support of the Heritage Lottery Fund.’

The current MP for Newcastle-under-Lyme, Paul Farrelly, said ‘The events organised by the History of Parliament Trust have been wonderful in highlighting the contributions Josiah C. Wedgwood made towards the fight for freedom and against the murderous tyranny of fascism in Europe. He was also the longest serving MP for Newcastle in the 20th century by far, and next year we’ll mark another anniversary - the centenary of when Colonel Wedgwood left the Liberal party and joined Labour’s ranks.’

For more information about the project, please contact us. 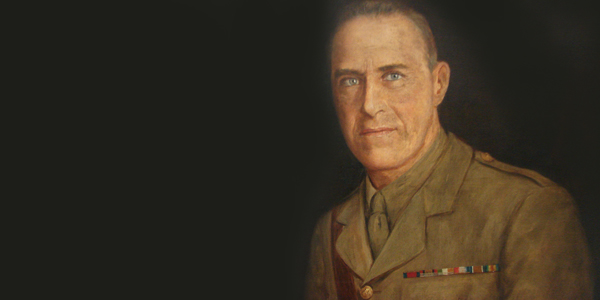