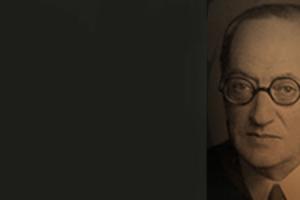 Lewis Namier
View image (will open as a pop-up window)

"The rise of ’interests’ and classes can be traced through the personnel of the House of Commons, the forms of English gregarious existence can be studied, the social structure of England is reflected in it, the presence or decay of independent political life in boroughs and counties can be watched in the representation"

Lewis Namier is generally seen as the strongest intellectual influence on the History of Parliament. He was editor of the first volumes of the History to be published, in 1964, although they appeared shortly after his death.