Home About the History of Parliament > Staff > Dr Paul Hunneyball 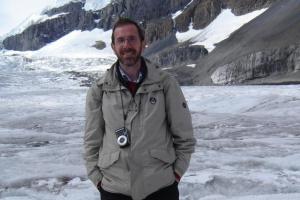 Since joining the History of Parliament in 1995, my core research period has primarily been the early seventeenth century. My first two projects concerned the House of Commons and the House of Lords in the years 1604-29. The main geographical focus of my Commons research was the West Country, especially Cornwall and Devon, though I also covered Northumberland and Warwickshire. Over the course of these two projects I have written biographies of a number of major figures, including Sir John Eliot, Inigo Jones, John Selden, William Herbert, 3rd earl of Pembroke, Lancelot Andrewes, bishop of Winchester, and William Laud, archbishop of Canterbury. I am now working on the House of Lords 1558-1603.

There are two main elements to my personal research. The first is seventeenth-century English social and cultural history, particularly aesthetic perceptions, and the transmission of architectural fashions. In this context I have explored the character and dynamics of provincial taste, particularly in Hertfordshire, and the building projects of Oliver Cromwell and his circle. The second strand concerns early modern English parliamentary politics, particularly electoral strategies, the political significance of procedural developments, and Parliament’s interaction with the Crown. My architectural and political interests converge in my work on the Palace of Westminster in the seventeenth century. I am currently investigating aristocratic opposition to James I and Charles I.