Home About the History of Parliament > Staff > Dr Matthew Kilburn 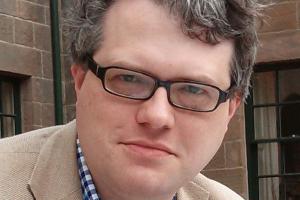 I joined the staff of the History of Parliament in January 2014 as a research assistant in the Lords 1660-1832 section to help prepare the final text of biographies for the forthcoming Lords 1660-1715 volumes and also contribute to the introductory survey. I previously had an external association with the project as a freelance research associate between 2005 and 2010.

My academic background is in eighteenth-century British history, especially the acculturation of the House of Hanover to their British realm, on which I undertook my doctoral research. From 1999 to 2006 I was a research editor at the Oxford Dictionary of National Biography, where I have written or revised over seventy articles and retain a connection as an external consultant and contributor.  My recent articles for the dictionary include reference entries on the Yorkshire Association and the Association Movement in the 1780s and new subject entries on William Gibbs (1790-1875), guano merchant builder of Tyntesfield in Somerset, and the rake Sir Francis Blake Delaval (1727-1771). Between leaving the staff of the dictionary in 2006 and joining the History of Parliament I was a freelance researcher, writer, tutor and editor working across many projects and publications on a variety of historical subjects including royalty, publishing, television and biography.

My recent publications include:

- ‘Genealogies across Time: History and Storytelling in Steven Moffat’s Doctor Who’ in Andrew O'Day (ed), Doctor Who The Eleventh Hour, a Critical Celebration of the Matt Smith and Steven Moffat era (London: I.B. Tauris, 2014).

- ‘The Missing Queen: Looking for Sophia Dorothea of Zell, Electoral Princess of Hanover, Consort of George I of Great Britain’ at George I, 300 Years – Reconstructing the Succession, Bath Spa University, June 2014;

- ‘A Once and Future King in the Political Imagination of Eighteenth-century Britain’ at (Re)creating Arthur, University College Winchester, August 2004.