Home About the History of Parliament > Staff > Dr Andrew Thrush 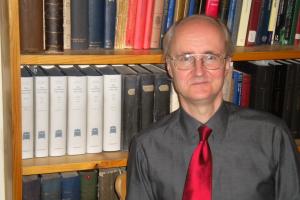 As editor of the 1604-29 House of Lords Section I have just finished overseeing the writing of the 286 biographies (the longest of which runs to 57,000 words) which form the basis of this project. I have also written an Introductory Survey to accompany these biographies. This naturally draws heavily on the biographies for some of its findings, but its primary purpose is to shed light on the nature of the upper House and to chart its methods of working and development in the early seventeenth century.

I also occasionally contribute blogs to the History of Parliament’s website, the most recent of which examines the superstitious behaviour of members of the Commons and is available here.

My most recent solo publications include:

- ‘The Fall of Thomas Howard, First Earl of Suffolk and the Revival of Impeachment in the Parliament of 1621’ (Parliamentary History, vol. 37, 2018)

- ‘The French Marriage and the Origins of the 1614 Parliament’, in The Crisis of 1614 and the Addled Parliament: Literary and Historical Perspectives ed. S. Clucas and R. Davies (Ashgate, 2003),

- ‘The House of Lords’ Records Repository and the Clerk of the Parliaments’ House: A Tudor Achievement’, Parliamentary History (2002),

I have also helped in the preparation and editing of:

- Conrad Russell, King James VI and I and his English Parliaments (edited with Prof. Richard Cust)