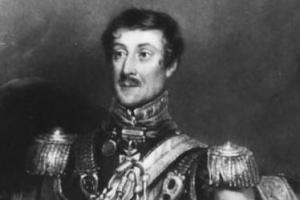 Cotton served in Flanders in 1793-4 and at the Cape and in India from 1796 until the death of his elder brother brought him home in 1800. At the general election of 1806 he was returned for Newark by his brother-in-law, the 4th Duke of Newcastle. In March and April 1807 he was granted periods of leave because of the illness of his first wife,1 who died in May, when he came in again for Newark.

It was noted in 1808 that Cotton ‘supports the present cabinet’,2 but during most of his Commons career he was on active service in the Peninsula as an intrepid and intelligent commander of cavalry. He came home on learning of his father’s death in 1809. On 5 Mar. 1810 he voted with government on the question of Lord Chatham’s narrative concerning the Scheldt expedition, and three days later he replied in his place to a vote of thanks for his part in the battle of Talavera. The Whigs listed him as ‘doubtful’ in mid March. He inherited Cheshire estates of almost 9,000 acres, but they were encumbered by his father’s debts3 and he continued his military career, which was distinguished by his part in the retreat from Almeida in 1810, at Llerena and, as Wellington’s second in command, at Salamanca in 1812, when he was badly wounded in the right arm. Some of his friends floated his name as a candidate for Cheshire at the next general election, but he discounted his chances of being returned without ‘trouble or expense’ and preferred to come in again for Newark.4

Wellington recommended him for a red ribbon, which he duly received, but Cotton, who came home late in 1812, wanted a peerage, which his father had once declined. All the pressure exerted on ministers by Newcastle on his behalf was of no avail, but he was prevailed on to return to the theatre of war and on 11 Mar. 1813 was excused service on an election committee on this account.5 He commanded the allied cavalry until the peace of 1814, when he obtained his peerage. He was on almost continuous foreign service from 1815 to 1830, when he returned from India with a handsome fortune.6 He died 21 Feb. 1865.