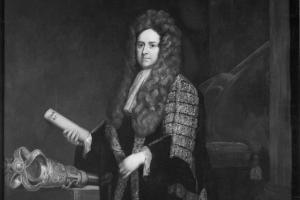 Smith, a prominent Whig politician under Anne, was reinstated as teller of the Exchequer when the Whigs returned to power in 1715, speaking for the septennial bill in 1716 and the army on 4 Mar. 1717. Though ‘one of the chief men in place’3 he opposed the vote for measures against Sweden in April 1717, later speaking and voting against the Government in the debate of 4 June on Lord Cadogan. On 4 Dec. following he spoke for the army estimates, two days later severely censuring the strictures on the King’s speech by Shippen, who, he declared, ‘at last had pared his apples so thin that he had cut his fingers’. He was reported to have refused the treasurership of the navy in March 1718. After supporting the Address on 11 Nov. 1718, he joined Walpole in speaking and voting against the repeal of the Occasional Conformity and Schism Acts in January 1719, and against the peerage bill in December of that year. He spoke for the army estimates on 19 Dec. 1720; opposed Walpole’s engrafting scheme on 10 Jan. 1721; on 10 Mar. 1721 answered Sir George Caswall’s defenders ‘with a great deal of warmth’;4 and on 18 May advocated severe punishment for Sir John Blunt as the chief promoter of the South Sea scheme. He seconded an opposition motion for limiting the suspension of the Habeas Corpus Act to six months on 16 Oct. 1722, spoke again for the army estimates, on 26 Oct., and on 11 Mar. 1723 supported the drawing up of a bill of pains and penalties against Atterbury.