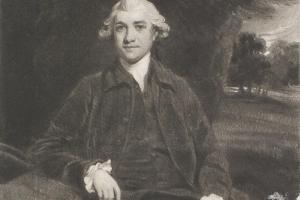 On Richard Eliot’s death his seat at St. Germans was filled by his son Edward, aged 21, who was also appointed to his father’s place in the duchy of Cornwall by Frederick, Prince of Wales. After the Prince’s death, Edward Eliot joined the Pelhams, under the aegis of his uncle by marriage, Robert Nugent, with whom he voted against the clandestine marriages bill in June 1753.1