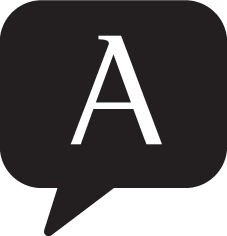 David Worden was born in Liskeard, Cornwall, to parents who were farmers. His father was a Methodist preacher and an enthusiastic local Liberal, David remembers campaigning with his father from a very young age. He attended the local grammar school and from there went to Westminster College, Oxford to train to be a teacher.

At Oxford David was again involved in Liberal politics, arranging speakers for Young Liberals meetings by the likes of David Steel, campaigning in Abingdon, and even reporting on the Troubles from Belfast for the Methodist Recorder. On finishing university David returned to the West Country to teach in Barnstaple, before becoming head of Religious Education in Chulmleigh where he stayed for the rest of his career. He married and had three children.

David became Chairman of the Devon and Cornwall  Young Liberals, and in 1972 ran for Barnstaple Borough Council, motivated by a desire to make a difference to a deprived area of the town. He helped establish a strong team of Liberals who campaigned for the election of Jeremy Thorpe in the 1950s (see also David Verney [link] and David Butt [link]). Elected to North Devon District Council in 1974, he held his seat even after moving out of the town, before illness forced him to stand down from the Council. After his retirement as a teacher he was once again elected to North Devon District Council as a Liberal Democrat. Throughout this period he was still involved in the Liberal and Liberal Democrat parties, despite once being approached to stand as a Conservative parliamentary candidate. He still sits on the District Council, representing South Molton.

[00.00] Interviewer introduces David Worden, Councillor on North Devon District Council between 1974 – the present.  Family background in South East Cornwall: farming and as lay preachers in the Methodist Church.  [04.13] The interviewee’s earliest political memory: looking after / milking another farmer’s cows while his father helped others get to the polling station during the 1955 General Election.  [07.01] Political activism at Westminster College, University of Oxford, when the interviewee was studying for a teaching degree.  [08.31] Links between Liberalism and Methodism in Cornwall; a perception after 1945 that small businesses and smallholdings were best represented by the Liberal Party.  [13.36] Teaching at Pilton Community College and Chumleigh School.  [15.43] Standing for election to Barnstaple Borough Council in 1972, while Chairman of Devon and Cornwall Young Liberals.  Standing for election to the District Council in 1974 in Trinity Ward (now Forches), Barnstaple.  [18.58] The interviewee’s early work as a Councillor: creating a resident’s group; setting up community centres; delivering newsletters.  Membership of the Young Liberals.  The contribution of the Young Liberals to the re-election of North Devon MP Jeremy Thorpe (and later leader of the Liberal Party).  [24.13] The interviewee’s resumption of active political campaigning in 2006 and his election to North Devon District Council for South Molton in 2007.  [25.13] The challenge of deprivation in Trinity Ward and of the cuts being applied by Devon County Council (and by the Coalition Government) in 2014.  [29.22] Standing in County Council elections in South Molton / Witheridge and Chumleigh / Swimbridge in 2009 and 2013 respectively.  Being asked to stand as a Parliamentary candidate by the Conservative Party.  [31.06] The interviewee’s memories of Jeremy Thorpe MP – his athleticism: “hurdling sheep pens”.  The interviewee’s recollection of Thorpe’s unsuccessful campaign in 1979 after ‘rinkagate’ and subsequent campaigning in the General Elections of 1983 and 1987.  [37.40] Selection as a Parliamentary Candidate of the current Liberal Democrat MP, Nick Harvey.  The decline of political participation in Barnstaple and South Molton.  Changes to the way that politicians are perceived.  [43.18] The development of a food bank in South Molton.  [45.56] Relations with other political parties in North Devon.  The creation of an alliance in 2011 between independent councillors and Liberal Democrat councillors as the Executive of North Devon District Council.  [48.51] Prominent women in North Devon local politics.  [50.31] The Young Liberals as a social club in the 1960s and 1970s in North Devon. 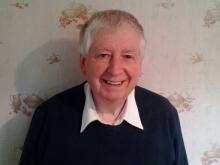