Home About the History of Parliament > Staff > Dr Stephen Ball 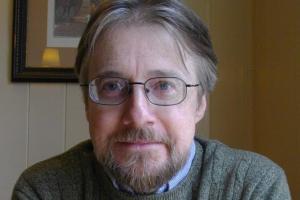 Since joining the History of Parliament in 2009 I have worked on Irish biographies and constituency studies in the years between 1832 and 1868 as well as Worcestershire and Gloucestershire. My research interests include the Repeal party in parliament and its role in the development of Irish Liberalism, political controversies raised by the treatment of Irish election petitions in the 1830s, and the changing nature of the Irish electorate.

I have long been interested in the political administration of Ireland in the second half of the nineteenth century, especially the policing and prosecution of political and agrarian offences, and the politics of home rule in the 1880s and 1890s. Having worked for some years as a manuscript librarian at the National Library of Ireland, I have developed an interest in the transcription of primary sources relating to Victorian politics, and am currently preparing a study of the diaries of Edward Knatchbull-Hugessen MP, a deputy Liberal whip in the 1850s.

- ‘The Clonbrock Collection: The growth and decline of landed power in Ireland’, in National Library of Ireland, Trustees Report (2001), 57-60,