Home About the History of Parliament > Staff > Dr Hannes Kleineke 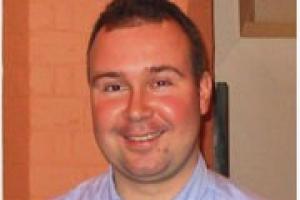 My work at the History of Parliament has focused primarily on the representatives of the south-western counties of Devon, Cornwall, Somerset and Wiltshire and the parliamentary boroughs within these counties, as well as London’s ‘hinterland-county’ of Middlesex. These have included a range of pirates and other unsavoury characters, but also more prominent figures, such as the Yorkist earl of Devon, Humphrey Stafford of Southwick, several Speakers and members of the leading county families of Arundell and Courtenay.

My research interests include the political, legal and administrative history of late medieval England, particularly of the south-west of England in the fifteenth century. In chronological terms, the main focus of my work lies in the second half of the century, especially the reign of Edward IV. Together with Professor Matthew Davies I co-directed the AHRC-funded Londoners and the Law project, based at the Centre for Metropolitan History of the IHR. A version of the project database is now accessible through British History Online.

Current projects include a study of the medieval under-sheriff (jointly with Dr. Matthew Holford of the University of Winchester) and a monograph on Parliament under the Yorkist kings.

I am a Convenor of the Late Medieval Seminar at the IHR, and serve as Joint Hon. General Editor of the London Record Society, Book Reviews Editor of Parliamentary History and Assistant Editor of The Fifteenth Century. I am a Fellow of the Royal Historical Society, and hold an Honorary Research Fellowship at Royal Holloway, University of London.

- The Chancery Case between Nicholas Radford and Thomas Tremayne: the Exeter Depositions of 1439 (Exeter: Devon and Cornwall Record Society, 2013),

- An Index to the First Twenty-Five Years of the Harlaxton Symposium Proceedings, (Donington: Shaun Tyas, 2011),

- ‘Some Observations on the Household and Circle of Humphrey Stafford, Lord Stafford of Southwick and Earl of Devon: The Last Will of Roger Bekensawe’, The Fifteenth Century, xiv (2015), 117-29,

- ‘Civic Ritual, Space and Conflict in Fifteenth-Century Exeter’, in Ritual and Space in the Middle Ages: Proceedings of the 2009 Harlaxton Symposium, ed. Frances Andrews (Donington, 2011), pp. 165-78,

- ‘The Schoolboy’s Tale: A Fifteenth-Century Voice from St. Paul’s School’, in London and the Kingdom: Essays in Honour of Caroline M. Barron ed. Matthew Davies and Andrew Prescott (Donington, 2008), 146-59,

- ‘“þe Kynges Cite” – Exeter in the Wars of the Roses’, Conflicts, Consequences and the Crown in the Later Middle Ages: The Fifteenth Century VII ed. Linda Clark (Woodbridge, 2007), 137-56,

- ‘The Widening Gap: The Practice of Parliamentary Borough Elections in Devon and Cornwall in the Fifteenth Century’, in Parchment and People: Parliament in the Middle Ages ed. Linda Clark (Edinburgh, 2004),